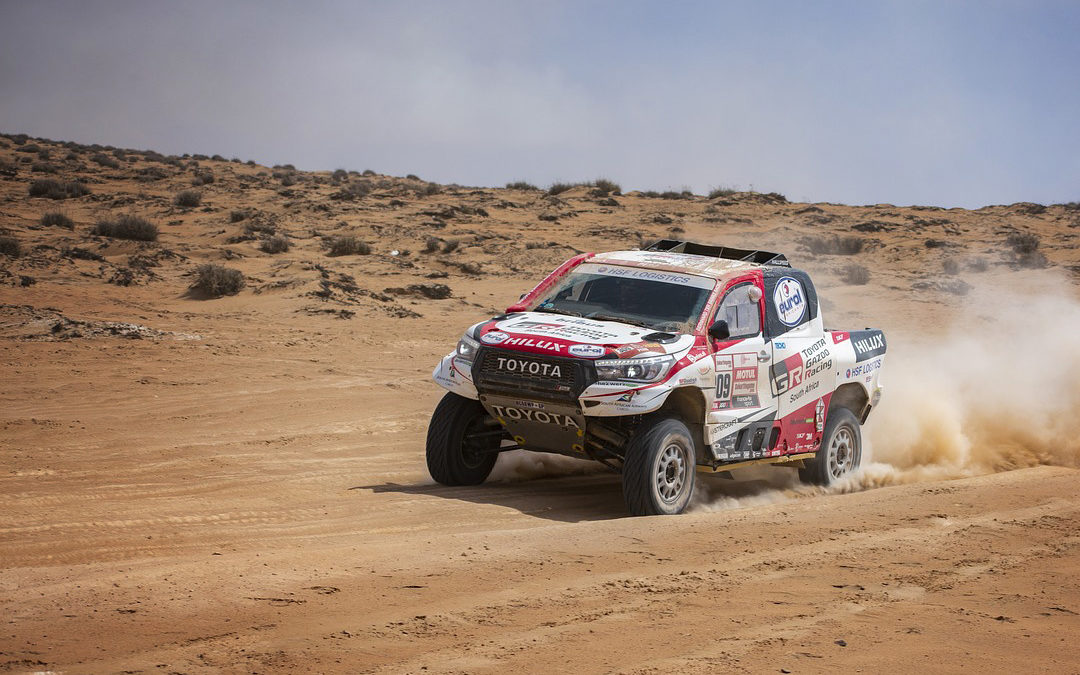 Toyota Gazoo Racing beat the next best team by nearly 47 minutes in this year’s race. This is an outstanding achievement for South Africa and is a testament to the quality of locally-produced vehicles.

Local driver Giniel de Villiers and his German co-driver, Dirk von Zitzewitz, ended the ten stages of the race in ninth place. They were also driving for Toyota Gazoo Racing.

Dakar 2019 marked a new era for Toyota South Africa; not only did the team win the gruelling rally for the first time but the Hilux is also the first petrol vehicle to win since the rally moved to South America in 2009.

The vehicles used in the race started life as normal 2019 Toyota Hilux bakkies, produced in South Africa. They were modified and equipped with state-of-the-art racing components, including a mid-engine layout, at the Toyota Gazoo Racing workshop in Midrand, Gauteng.

“We are so happy to win the Dakar – not only for ourselves but also for Toyota and the entire Toyota Gazoo Racing SA team,” says driver Nasser Al Attiyah. “Everyone has worked so hard for so long and really deserves this. Thank you for letting us drive this car,” he adds.

The 2019 Dakar Rally started in Lima, Peru. The race followed 10 stages that look teams through the southern desert regions of the South American country. The terrain that racers traverse is gruelling and varied, ranging from steep sand dunes and flat beaches to rocky deserts and muddy fields.

Stages vary in distance, but some require drivers to travel up to 800 kilometres per day. In total, competitors travel 5000 kilometres throughout the course of the rally. The Dakar Rally is open to multiple vehicle classes, including motorbikes, cars, trucks, quad bikes and dune buggies.