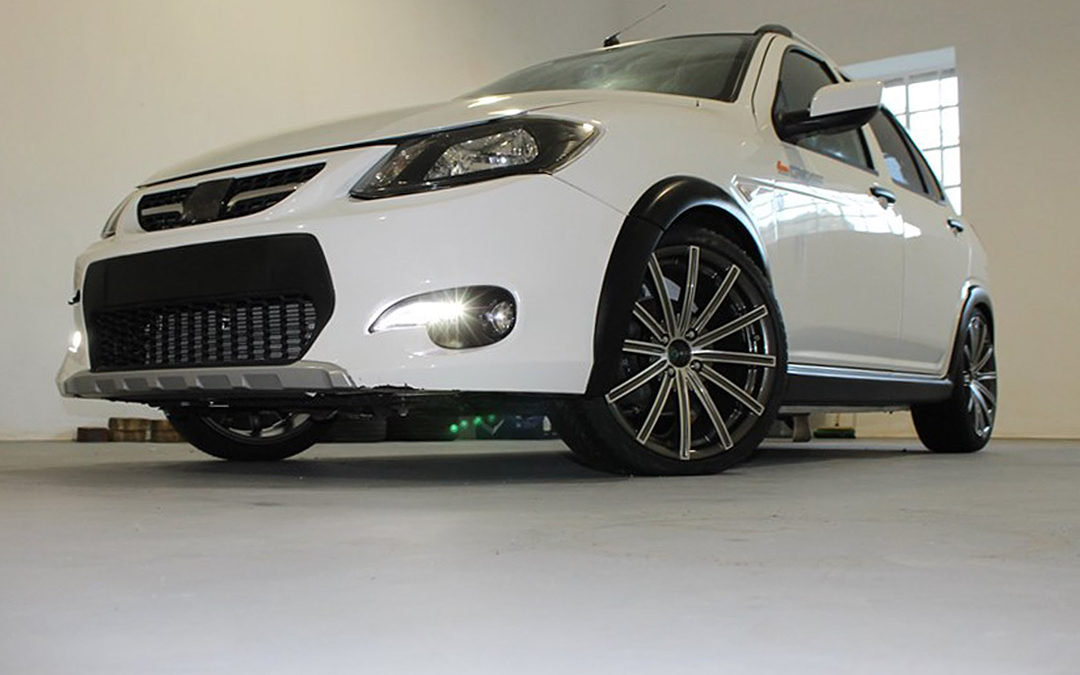 A brand new African car brand, named Mureza Auto Co, has been launched in South Africa. The vehicle brand made its debut at the Automechanika Johannesburg show in September 2019. Mureza has started a platform-sharing agreement with the SAIPA Group in Iran to share certain components and suppliers while they establish themselves. Mureza is being backed by funders in the United Arab Emirates.

The ultimate goal of Mureza is to design and manufacture vehicles in Africa for African roads. The brand’s first model, the Prim8, is a hatchback with a raised suspension, almost like a crossover. These vehicles will be assembled in three countries – starting in South Africa at a Pretoria-based plant, followed by production in Zimbabwe and Botswana. The company is aiming for 40% local parts for its initial vehicles.

The Prim8 was displayed at the Automechanika Johannesburg show and the excitement of an African car brand was evident. The vehicles will be produced in both right-hand and left-hand drive formats for use on all African roads. A three year warranty also comes standard with all Mureza vehicles. The main competitors for Mureza will be the Chinese and Indian brands, such as Tata, BAIC, Chery and Geely.

The Prim8 has a 1.5-litre petrol engine that generates 87kW. It is a front-wheel drive with a five-speed manual or automatic transmission. The vehicles come with a range of optional extras and the top-specced model will sell between R180 000 to R200 000.

Mureza aims to fill a gap in the African market

Tatenda Mungofa, one of the key project drivers behind Mureza, says that they can fill a gap in the current market with these vehicles. At the moment, there is a price void between the new and used vehicles on the African market. The Mureza team is hoping to fill this gap by selling their vehicles at a similar price to the cost of a used import, which are heavily taxed in certain countries.

“We will also engage with the people selling used imports to retail our new models and will assist them in setting up service facilities where this is viable, or else we will appoint independent servicing outlets in the various SADC countries that we are targeting as a first step for our new company,’ explains Mungofa.

“Here, in South Africa, we are also looking to sell our various Mureza models through used vehicle outlets instead of setting up new car franchised dealerships. Online selling will be important for us too,” he concludes. Mureza is a Shona word for ‘flag’ or ‘banner’, denoting the start of something new in Africa.