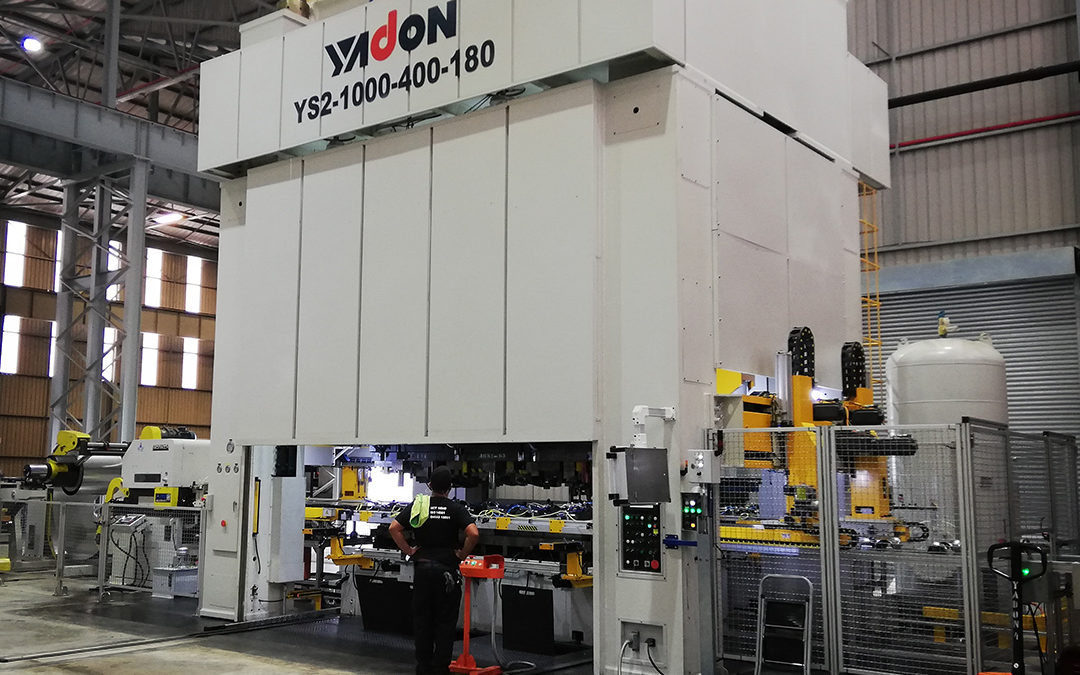 Formex Industries is working to increase its manufacturing capacity in order to meet the demands of the local and international automotive sectors. This increase in demand is partly brought about by the guidelines set out in the South African Automotive Masterplan (SAAM) 2035.

Formex Industries in increasing its capacity to help the South African automotive manufacturing sector reach its target of accounting for 1% of global vehicle production by 2035. As such, Formex has recently invested R70-million in three new metal presses that will allow the company to boost its output. The presses, built by Yadon Press in China, will be used to manufacture stainless steel and mild steel components for the automotive industry.

In addition, Formex Industries has expanded its floor space to facilitate this increased capacity. A further 5660 square metres were added to the factory in 2017, followed by 2365 square metres at the end of 2018. This allows for more equipment to be housed inside the manufacturing facility, as well as more storage space for completed components.

Over the past 18 months, from the beginning of April 2018 to the end of August 2019, Formex Industries manufactured a total of 19 154 170 parts for the local and international automotive sectors. During the same period of time, we have created an additional 90 jobs in Port Elizabeth. Formex now employs 450 residents from the surrounding Nelson Mandela Bay metropole.

The company has also increased its local suppliers by 25% since April 2018. On the other hand, the number of direct customers of Formex has reduced slightly, due to higher volumes of components being sold to original equipment manufacturers (OEMs) and the company’s move away from non-automotive clients (Formex Industries has decided to focus its efforts on vehicle producers and car brands).

Growth in exports and investments

During the 2017/2018 financial year, Formex exported R19.65-million worth of products to overseas markets. In the 2018/2019 financial year, this figure increased to R28.0-million. This represents an R8.35-million growth, or 42.5% increase in revenue from exports. Since the beginning of April 2019, Formex has already sold R9.1-million of components to international customers.

In total, Formex Industries has invested R106.5-million into its expansion over the past 18 months. This Capex spend has allowed the company to meet the increased demands of the automotive industry. Formex has established itself as an industry leader in the automotive component and manufacturing sector. Higher capacity is one of the key driving forces of a growing economy and Formex is well-placed to meet any challenges that may arise.

The entire automotive industry will be required to follow the guidelines set out in SAAM from 2020. There are six fundamental pillars of SAAM that will shape the future of the industry until 2035, one of which is market development. The other pillars of SAAM include local market optimisation, transformation, localisation, infrastructure development and technology/skills development. These pillars will help the South African automotive industry become globally-competitive and an active contributor to the national economy.

The major objectives outlined in SAAM for 2035 are for the country to account for 1% of the global vehicle manufacturing output, to include 60% local parts in vehicles manufactured in South Africa, double the number of industry employees and become a world-leader in standards.