FAW aims for milestone production in 2019 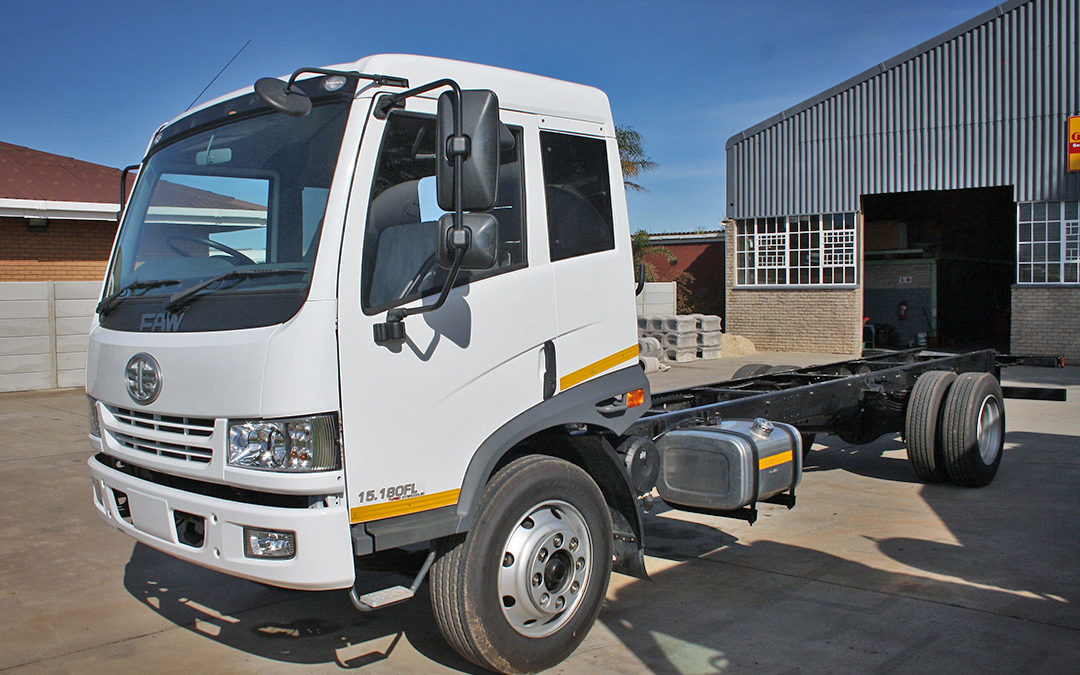 FAW Vehicle Manufacturers South Africa (FAW SA) is aiming for a milestone production run in 2019. The company is looking to manufacture 1200 trucks at its Coega assembly plant in the Eastern Cape. In 2018, FAW produced 1153 units, so this year’s target is 847 vehicles more.

FAW SA sales and marketing general manager, Cheng Zhang, says that the South African division of the Chinese truck producer sold 986 of its vehicles in 2018. A further 167 trucks were exported to various countries in sub-Saharan Africa. Zhang says that the 2019 growth in production will come from this ever-expanding export network.

After a flat start to sales for FAW in 2019 – a problem that affected most vehicle brands in the run-up to the South African general elections – the company is hoping that the export market will boost sales. Despite this, FAW is forging ahead with its production output with the full intention of reaching its goals.

FAW SA faces a particular challenge in the export market – its trucks that are exported to other African markets are competing directly with FAW vehicles produced in China. However, FAW SA says that its trucks are of better quality than the Chinese ones.

“We have to explain to the client that the South African truck is better quality with better features, such as anti-lock braking and air conditioning, and that the truck has been tested in African conditions before it leaves the factory. We also emphasise that we can provide technical support from [South Africa], and not from China, which has a much longer lead time,” explains Zhang.

“This added value should make a direct difference to a customer’s bottom line,” says Zhang. FAW SA exports its trucks to all neighbouring countries; Namibia, Botswana, Zimbabwe, Mozambique and also Zambia. The company has dealerships in all of these countries.

Localised production has benefited the company

Since FAW SA opened its Coega manufacturing facility in 2014, the company has retained its commitment to South Africa. “Through the plant, we have also managed to localise our products for South African conditions,” says Zhang. Manufacturing vehicles locally has improved their performance, quality and sales as the trucks are now more attractive to local buyers.

FAW SA is now aiming to introduce a new flagship truck to the domestic market. They are manufacturing an extra-heavy, automatic lorry for long-haul applications. This will be FAW SA’s first truck with an automatic transmission and it is currently undergoing local testing. The lorry will be ready for sale within the next two years.

The company is also manufacturing a medium-duty truck to compete in the 5 tonne to 10 tonne class. This truck will be available with numerous body options, including drop-side, tautliner, van, tipper and dry-freight body styles. It will have a six-speed manual transmission and a 2.8-litre engine.